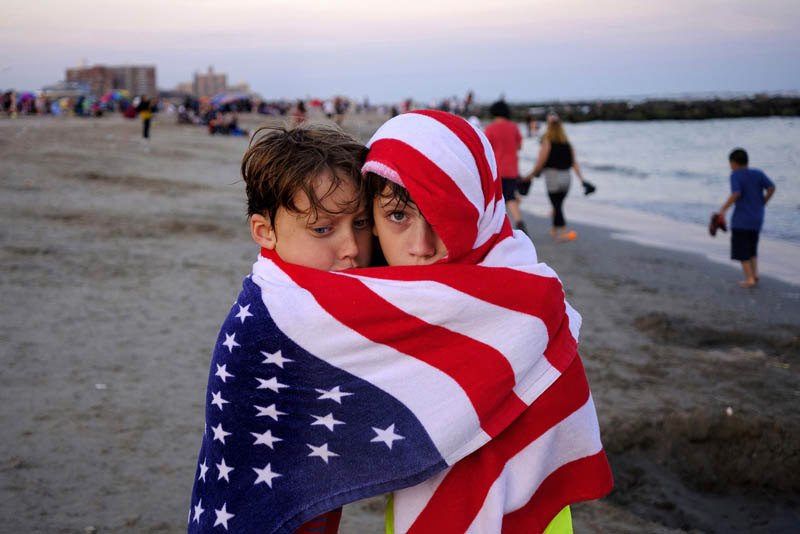 Coney Island - NYC's Summer Playground : For under a 3 dollar subway ride, Coney Island has been a summer destination for New Yorkers for over 200 years trying to beat the heat and hectic pace of the city during the summer. The resort town has been threaten with gentrification but still has been able to keep its urban working class charm. Keeping Warm at The BeachA pair of boys try to keep warm after a summer day of fun at the beach in Coney Island. Sunday June 23, 2019. Brooklyn, New York, USA