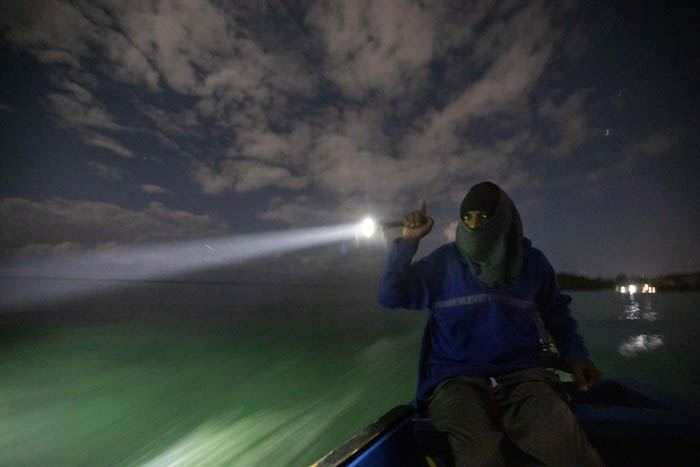 White River Fish Sanctuary warden Mark Lobban shines a spotlight on the protected reef while patrolling the no-take zone for illegal fishermen under moonlight in Ocho Rios, Jamaica, Friday, Feb. 15, 2019. Most of the older and more established fishermen, who own boats and set out lines and wire cages, have come to accept the no-fishing zone. Some younger men though_ some of them poor and with few options _ are the most likely trespassers.