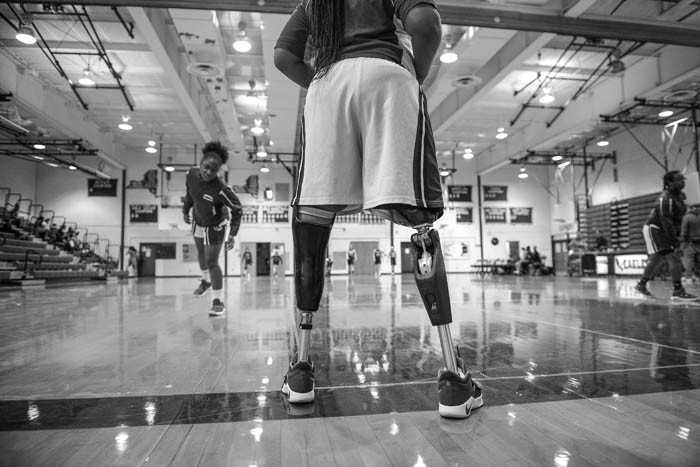 Amaya Williams is a player on the Copiague varsity girls basketball team. She trains with them, practices with them, plays with them. The only difference between herself and her teammates? Williams is a double leg amputee, the first double leg amputee to play for a Long Island high school basketball team,-Amaya Williams warms up as the team gets ready for a game against Lindenhurst H.S at Copiague High School, Thursday Jan. 17, 2019.