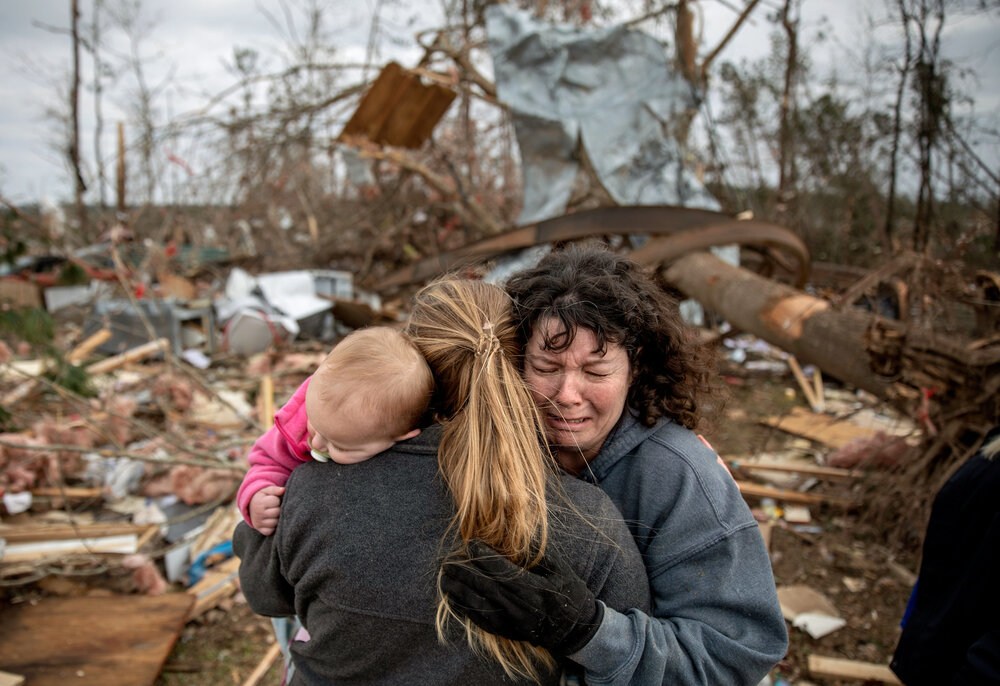 Carol Dean, right, cries while embraced by Megan Anderson and her 18-month-old daughter Madilyn, as Dean sifts through the debris of the home she shared with her husband, David Wayne Dean, who died when a tornado destroyed the house in Beauregard, Ala., Monday, March 4, 2019. "He was my wedding gift," said Dean of her husband whom she married three years ago. "He was one in a million. He'd send me flowers to work just to let me know he loved me. He's send me some of the biggest strawberries in the world. I'm not going to be the same."