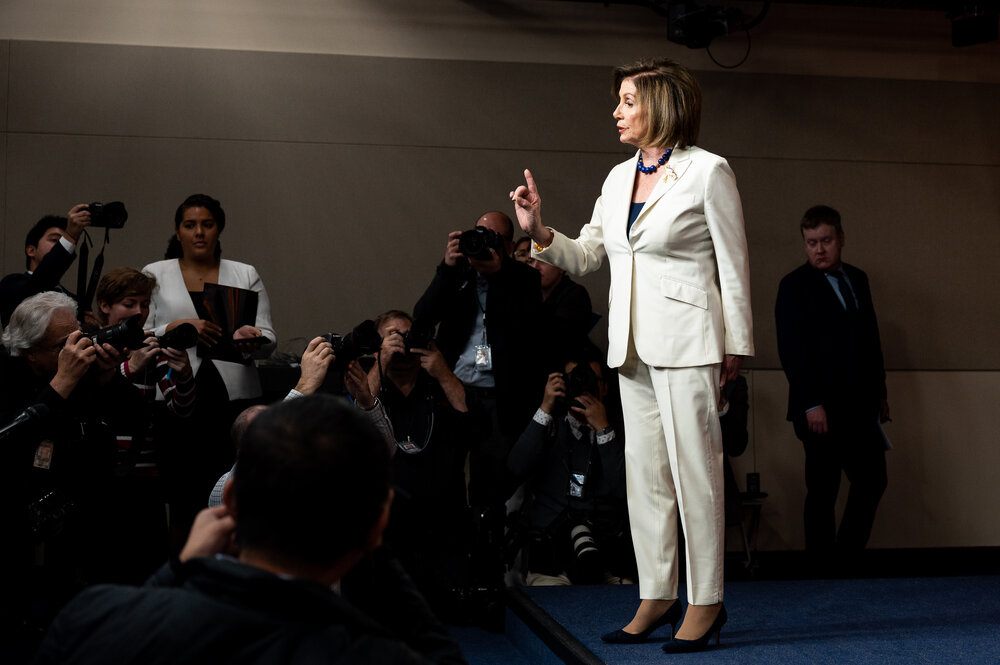 December 5, 2019 - Washington, DC, United States: U.S. Representative Nancy Pelosi (D-CA) at her weekly press conference. A reporter had shouted out a question as Pelosi was leaving asking if she hated the president. Pelosi stopped and turned to the reporter and answered him.