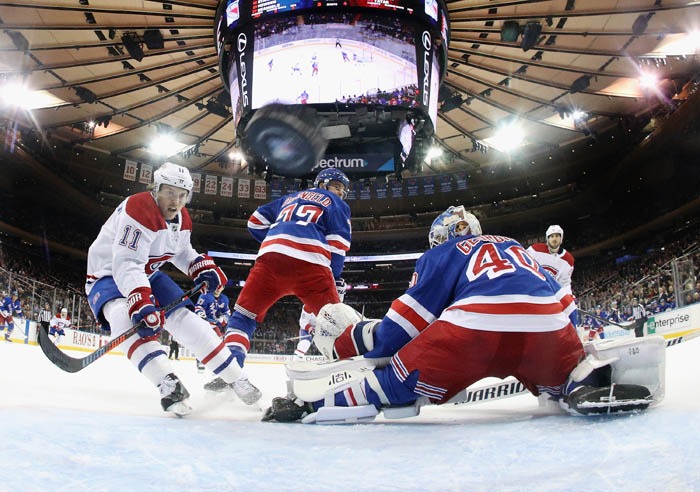 Brendan Gallagher #11 of the Montreal Canadiens scores a first period goal against Alexandar Georgiev #40 of the New York Rangers at Madison Square Garden on December 06, 2019 in New York City.