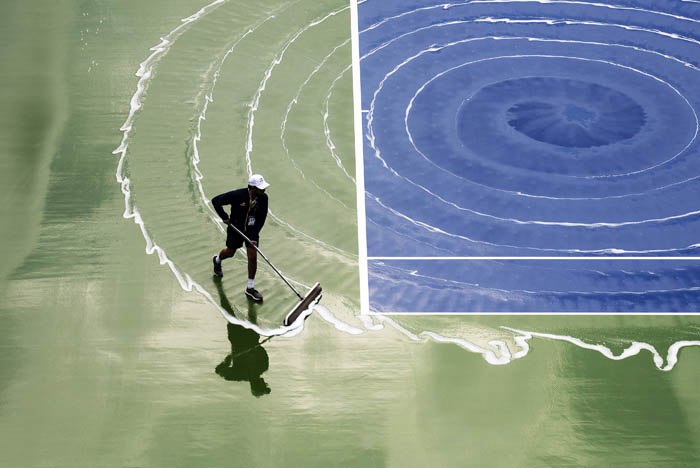 September 2, 2019 - New York, NY : A worker squeegees the practice courts on a rainy eighth day of the US Open at the USTA Billie Jean King National Tennis Center in Queens, New York on Labor Day, September 2, 2019.